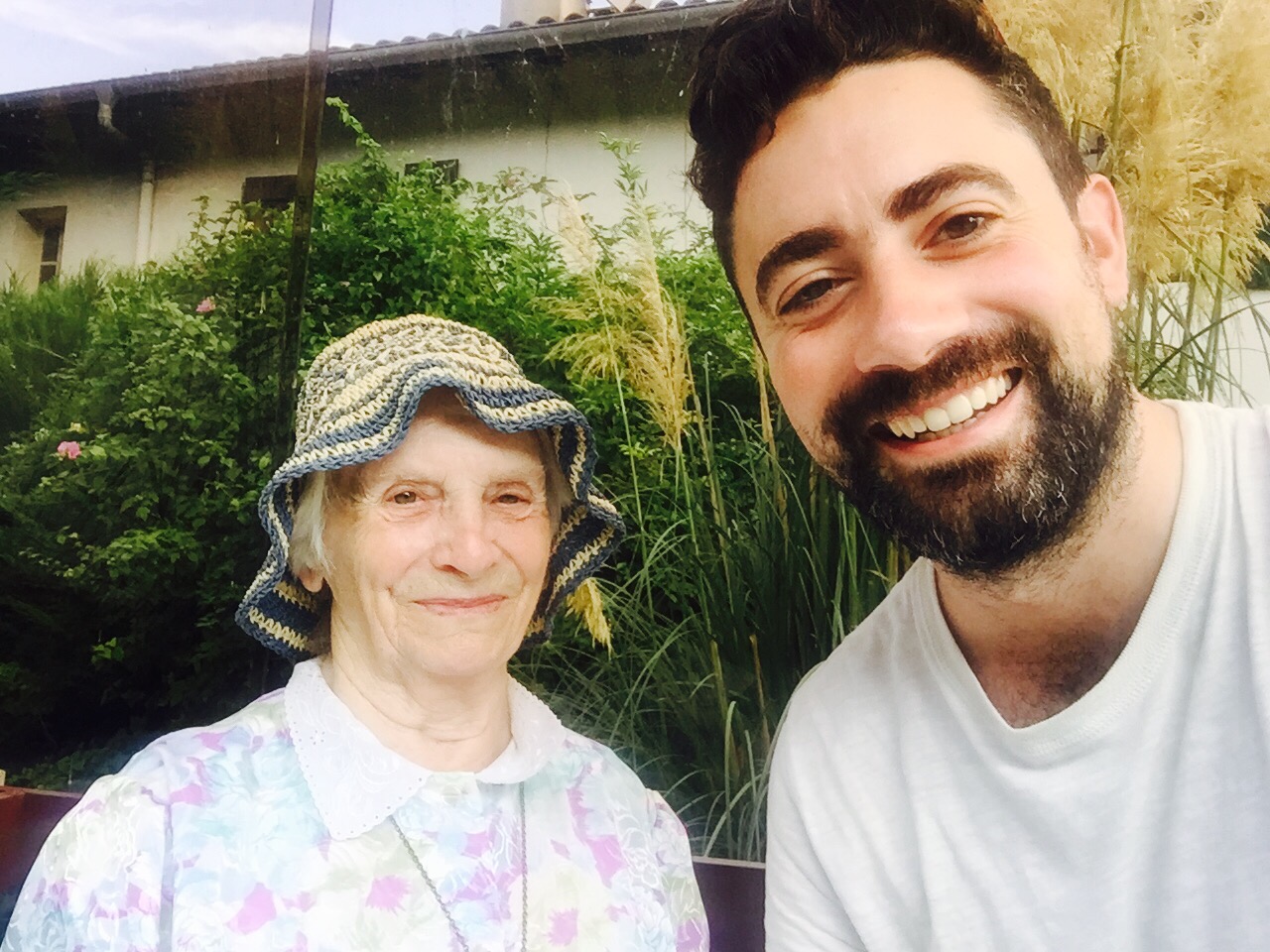 My French is getting better!

Like an ITV screen writer used to writing for high octane shows such as broadchurch and ant and dec’s Saturday night takeaway but now relegated to writing for Doc Martin, I spent my morning feverishly trying to invent dramatic storylines to project onto village life.

Biddarray is a gorgeous small mountain town. Unlike the hedonistic hills of Ohlette and Hendaye, full of teenagers buzzing around on mopeds and nonchalantly smoking whilst asking me questions about my tent, Biddarray has a considerably slower pace.

By noon I had slowed down too and was able to enjoy life without adrenaline inducing mountain drama. At 12:30 the most exciting thing to happen to me all day occurred. I had a half hour conversation with an eighty-something year old lady in a fabulous shiny flower patterned jacket, knitted jamiroquai hat and very cool sunglasses (she took the sunglasses off for the photo). Despite both of us being unable to understand what the other was saying we still managed to non-stop chit-chat whilst waiting for our train. When I showed her my GR10 guidebook she flipped through the pages, pointing at photos of lakes and mountains and reciting their names. She had seemingly visited them all. I wish I could have understood more. I’m not sure why but we laughed a lot. She had a childlike glee about her and I bet her stories would have been as impressive as her dress sense.

Other highlights from the last twenty four hours include a dinner time reunion with Robere (from Sare), my last meal with Göel and Pierre who wished me “bonne chance” as they departed. As I was sat in the centre of town drinking most of yesterday I helped Robere and a few other hikers find their gites. I’ve also had a fantastiqúe taxi journey with a Basque taxi driver who showed me his ‘pelota’ glove. All the towns I’ve been to here have pelota stadiums and he’s playing in his own village this evening. I bought new boots for my 1000m high hike tomorrow! Murray and Ange have also made a last minute appearance. I feel like I’m in the movie Casablanca, everybody passes through here at some point, now PLAY IT AGAIN SAM! We caught up on tales from the mountains before they hurried back to their hotel, thunder rumbling above once again.

One of the best things about the pub I’m staying in is that it has gel de douche (shower gel). Like duct tape on a broken boot helping to pick up dead leaves and branches – shower gel has helped me pick up a few more friends than usual… Gel de bon ami.

Got a message from Heather yesterday:

“You took a tent you didn’t need, but no soap…”

Always nice to hear from her. 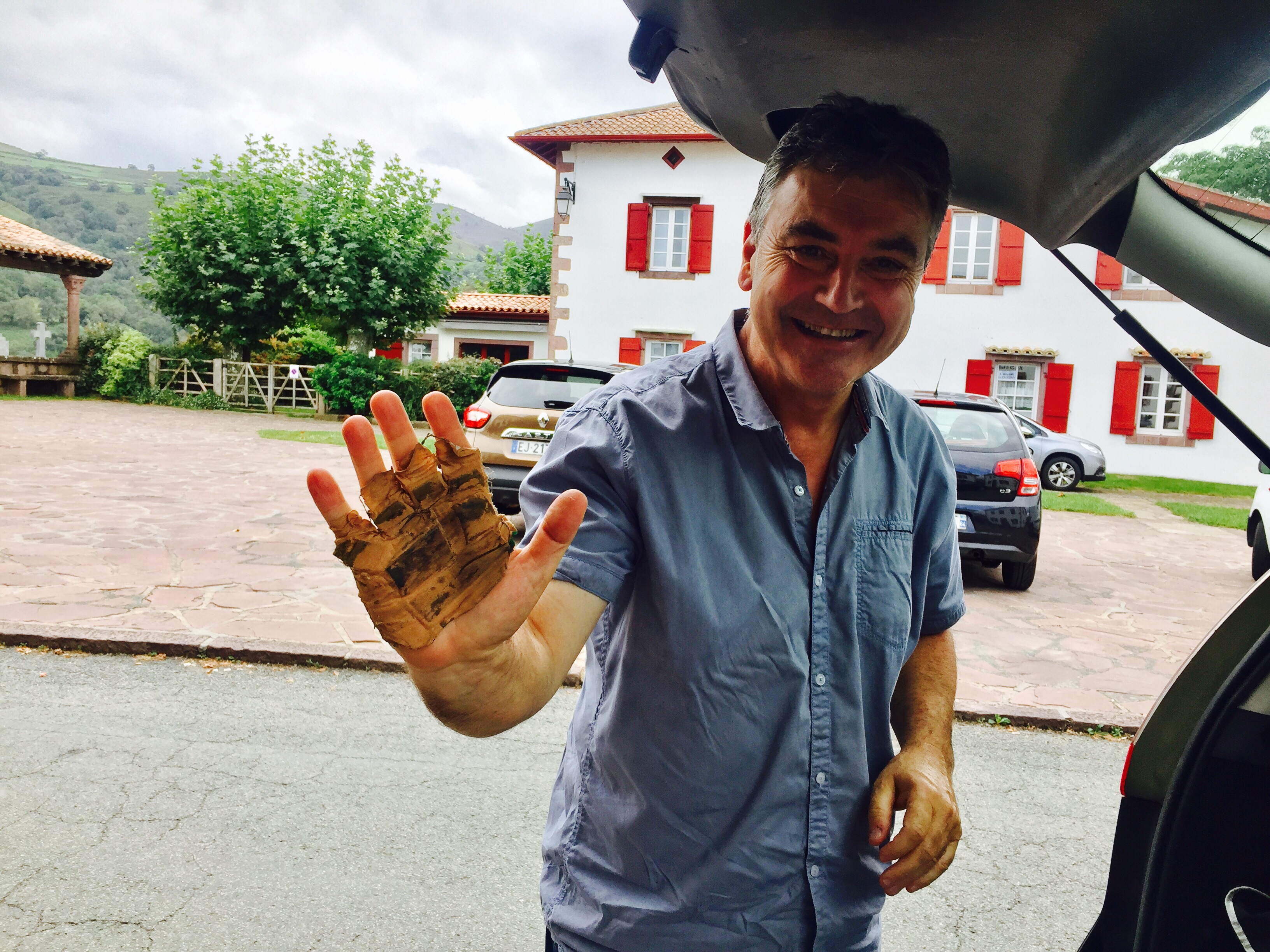 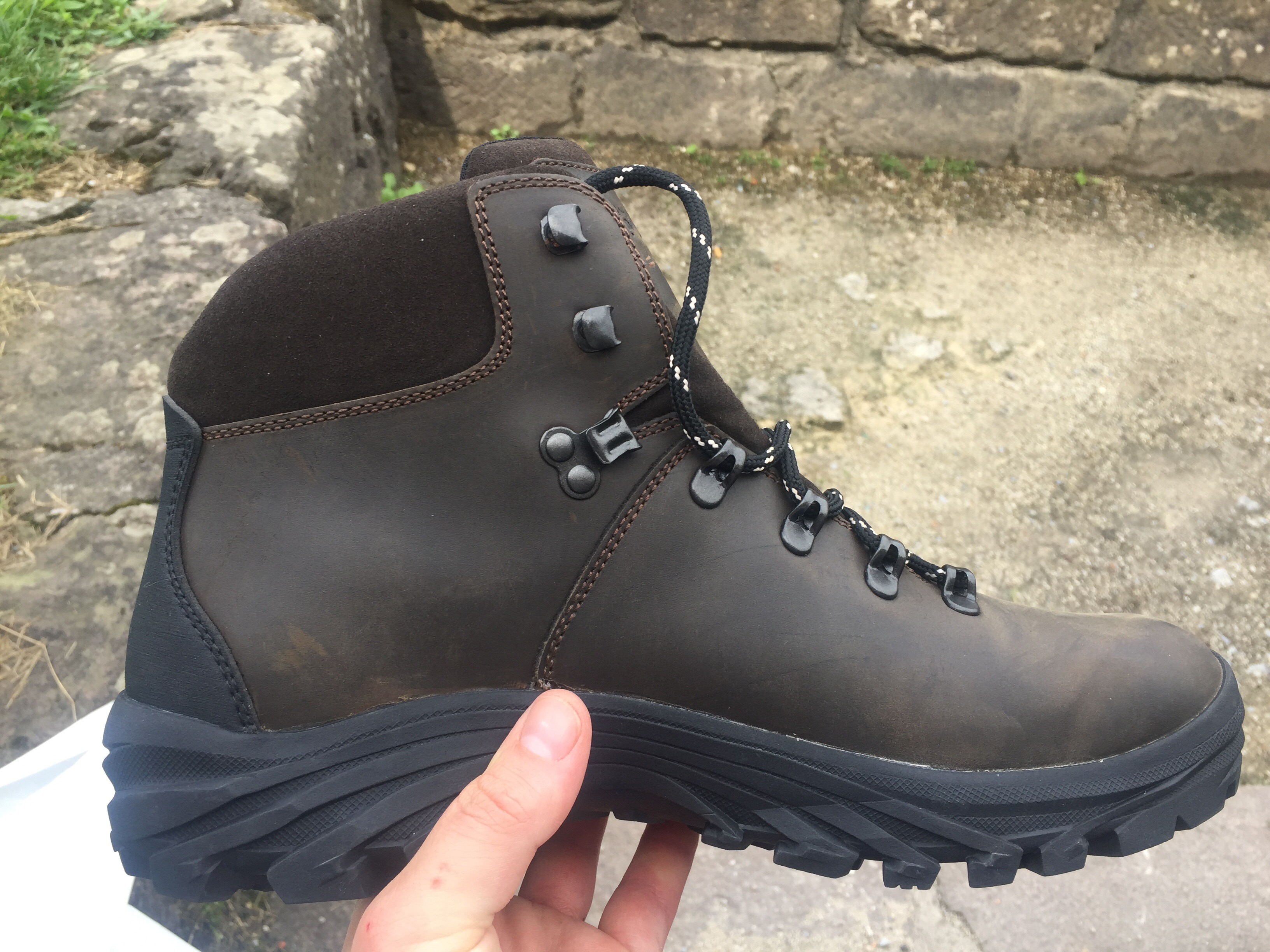 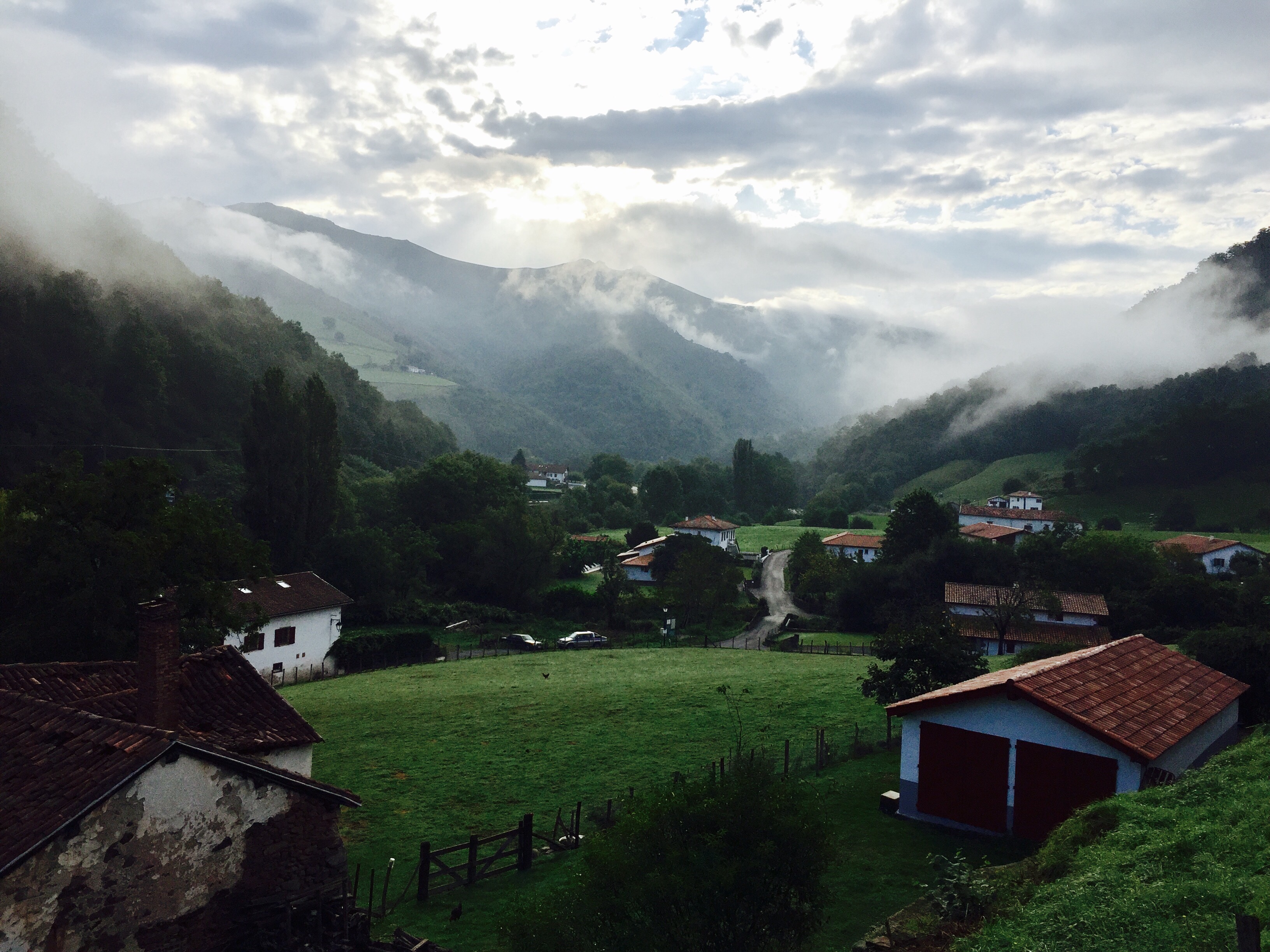