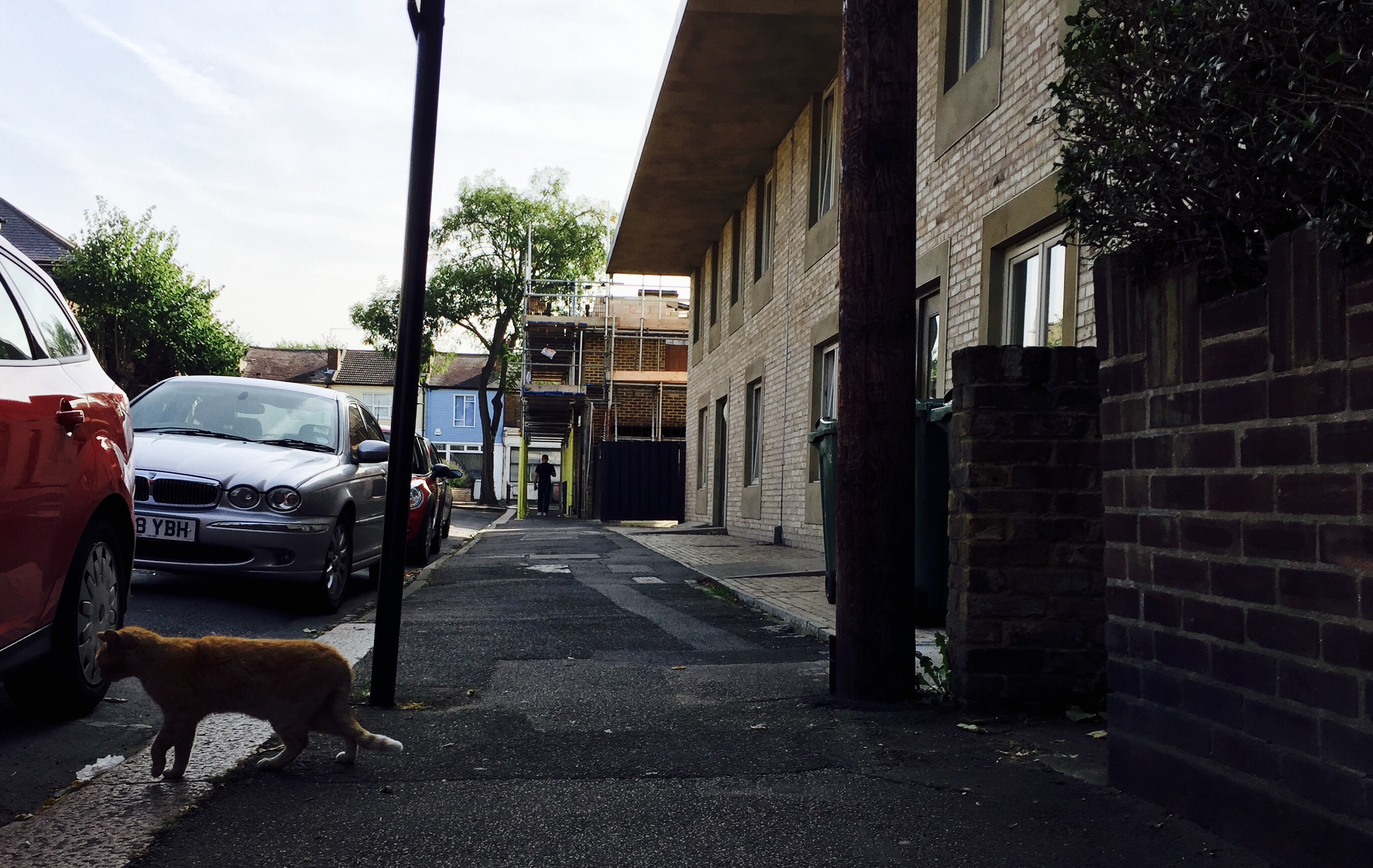 The Atlantic Ocean and a French Ed Harris have calmed me down, I am very grateful. So now I can write! As always, it’s best to start at the beginning…

The old London street cat named Rusty showed no emotion as I waved goodbye to my hosts – Paul and Heather. Rusty’s seen things you people wouldn’t believe and he’s certainly no stranger to sentiments of departure echoing down his street. “Don’t die!” yelled Paul and “don’t describe me as the devil again!” screamed Heather. Would it have killed Rusty to meow something? Anything?! He merely blinked and slowly turned to face the shadows underneath his favourite car.

To simply call Paul and Heather ‘Hosts’ is a bit unfair. When Heathers not busy rustling around in Paul’s beard they’re actually my really good friends. Oh and they also happen to be lovers. For the past few months they’ve let me live in Paul’s office in north east London. Luckily his office is also in his flat so I’ve had easy access to both friendship and a shower the whole time. A situation which is likely to be in stark contrast with the next eleven days of my life. Giving P&H a mention here is important because if it wasn’t for them this trip would have been much more difficult. Why? Well, buying all the walking bits and bobs such as GPS trackers, sun hats, special pants and choccy bars hasn’t been cheap! And thankfully all Paul and Heather wanted in return for shelter was permission to analyse me psychologically and milk. Given that they are not entitled to any royalties from the fortunes I may eventually make from this blog it’s a pretty good deal really! So anyway after one frantic trip to weird Westfieldworld to pick up a few extra bits which I’d forgotten (special pants) – I waved goodbye to my calcium rich ‘hosts’ and trudged off towards the Pyrenees via the rucksack discriminating London tube.

It wasn’t until my Ryanair flight hit a bit of turbulence that panic really set in. But the imagery that filled my minds eye and had me gripping the arm rests wasn’t that of a crash landing. At first it was just the thought “this is actually happening, I’m going to be trekking into the Pyrenees alone in the morning!”. Then came a flood of other thoughts. You see over the past eight months or so my friends, family and acquaintances have all reacted differently to my Pyrenean plan. Some shrug it off “no biggy Jeff! Can you stop banging on about it”. Others, well others eyes widen and jaws drop as they slowly release the word “wwhhhhyyyy?”. Some just role their eyes. And others like to reel off anecdotal words of warning smugly as they watch me try and keep my calm. For example about three weeks ago I was informed there are bears in the Pyrenees! That’s right. Fucking bears. But the website was already built soooo here we are! And sat on that flight I started to have daymares about bears, sweating heavily as lottery tickets and perfumes were waved in my face.

Even on the the train to the airport Heather had sent a concerned and caring message along the lines of “my sister has a friend who lives there and she says it’s hunting season so you should wear fluorescent clothing incase someone shoots you and you die horribly!”. I have no fluorescent clothing.

So you see, it was with a panic stricken face that I rang the doorbell of my air bnb in Hendaye. Thankfully the ringing was answered by a very calming French version of Ed Harris from the Truman Show. Which begs the questions… am I actually in an enclosed fake reality TV show and potentially about to hit the walls of my allowed reality? Does me just writing that last question make me an arrogant arse? What’s Heather got to do with it? Was her last message a last ditch attempt to stop me discovering the truth? Does Paul know? 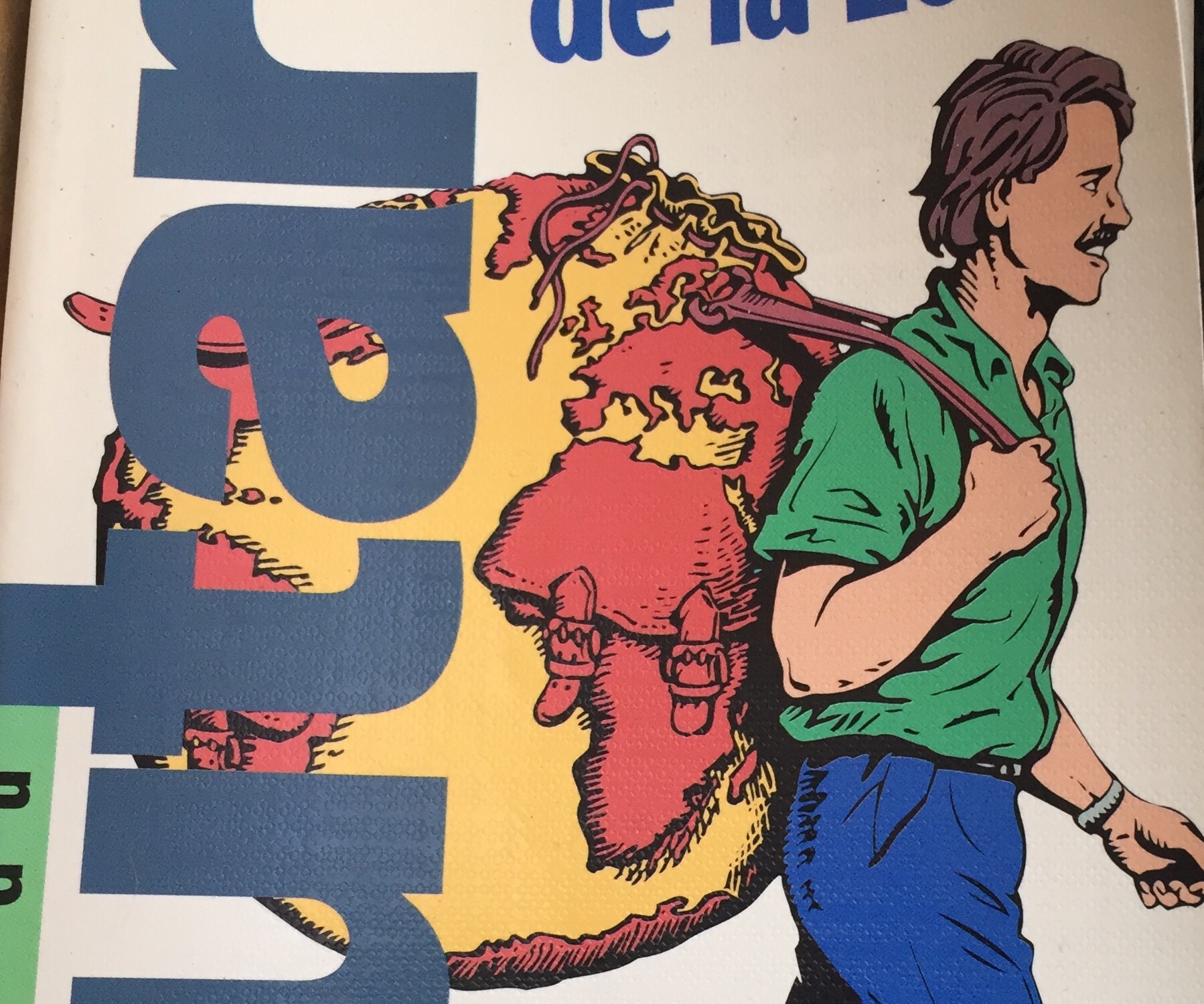 Anyway Ed sat me down after showing me how the toilet flushed and reassured me “that is nonsense, I have walked these mountains many a time, please tell Heather and all her relatives and their friends that you do not need fluorescent clothing in the Pyrenees. Hunting doesn’t really begin until October!”. Oh Ed.

Now I’m sat in an old French casino overlooking a dark sea drinking wine as a lighthouse occasionally shines in my direction. I’ve already used all kinds of French words, such as ‘Bonjour’ and ‘merde’ (got lost a couple of times) get me! There are depictions of muscly French farmers and hikers literally with the world on their back everywhere. The mountains are visible from the town. They are dark and enshrined in ominous clouds.

All that’s left to be said is the adventure starts tomorrow at 6:45 when Ed cooks me breakfast and hopefully provides a hug. 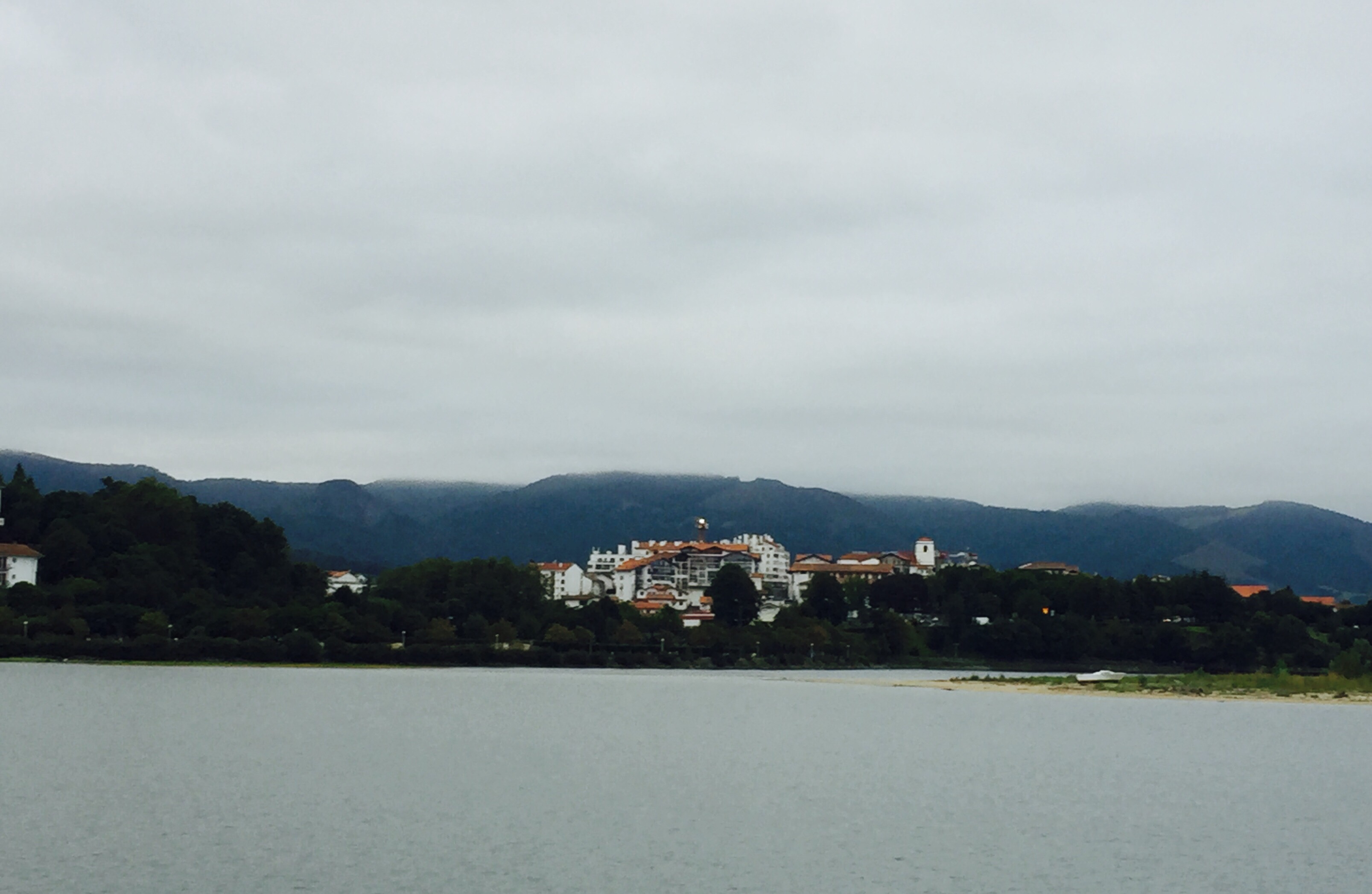