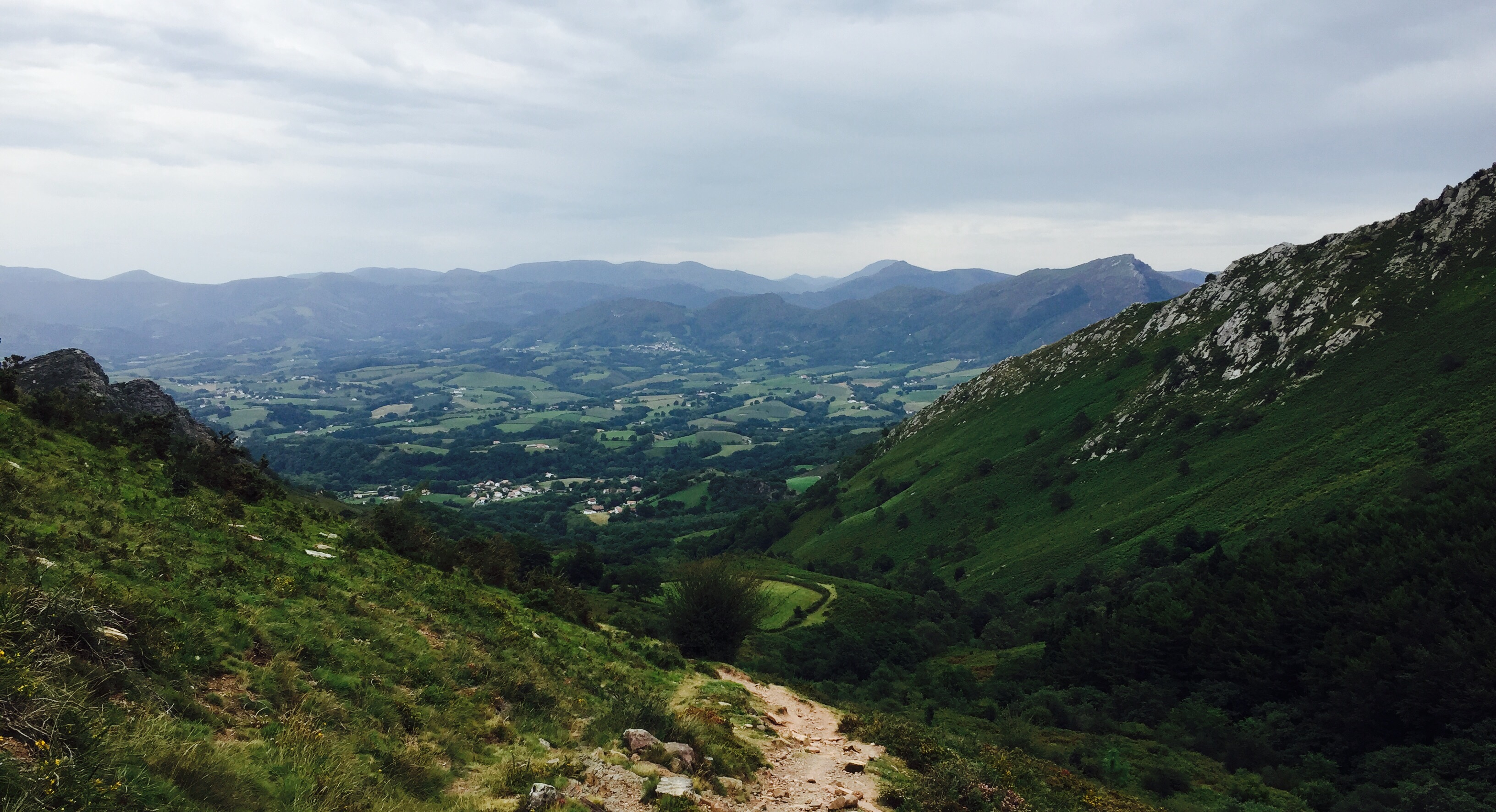 I decided not to take my current host up on the offer of using his spare pair of speedos in his swimming pool. This is not a comment on his hygiene or character. The stocky tanned man (who’s name I cannot remember) was full of a rambunctious zeal for life. If he wasn’t rummaging through his pamplemousse or throwing things at his chickens he would be wrestling with his children or fixing my boots. The delicious meal I ate last night was also cooked by his wife and him. I did not use his speedos because they were too big.

This nameless man described the symptoms my broken boots were suffering from as ‘le crocodile’. A few minutes later I watched one of his children launch themselves into his piscene clutching an inflatable crocodile. Well that was a boring story wasn’t it? Sorry, after only one day in the mountains domestic life has started to seem strange. When this kid got out of the pool though I saw he was wearing normal day-to-day boxers! I wanted to yell “WHY CANT I JUST WEAR MY BOXERS!?” to my new Dad.

Anyway off I went with strict instructions not to wear my boots for one day. All I really knew about the day ahead was that it would be shorter than yesterday. It would also be shorter than Pierre and Jóels plans for the day. I was heading for a village called ‘Sare’ and they were doing twice the distance to a place called ‘Ainhoa’. There’s a part of me that felt disappointed in myself. Those guys are grandparents (oldest grandchild 20!). But then I started walking, my rucksack extra heavy with boots and full water bottles. The GR10 didn’t take it easy on me, first task – climb 600m! It would appear that yesterday I had descended almost to sea level again so this was the climb back into the mountains.

The whole time I’ve been on this walk, even from the second I left Hendaye a pointy mountain has been visible. It’s extra pointy because humans have built something on top of it and then put loads of antenna on top of that. My 600m climb brought me to a mountain cul-de-sac which gave me the option to hike to the top of the pointy bit. I now know this mountain to be called LARRUN or la Rhune. It also occurred to me that it is very similar to Snowdon, there is even a train going to the top! So that building must be a cafe. I shunned civilisation like a man of the wild in a desperate attempt to cover up the fact that I was already limping and sweating profusely. 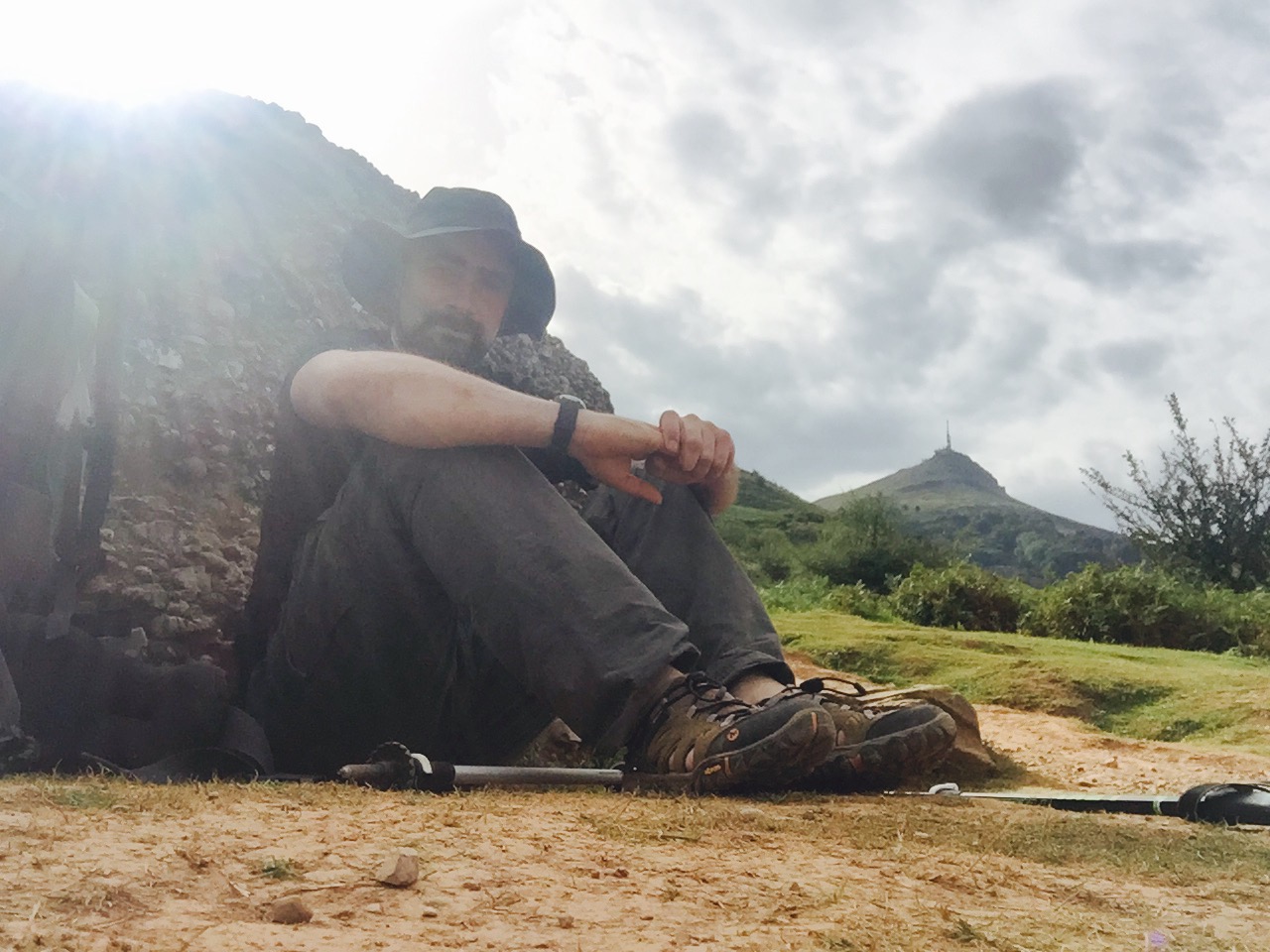 From that height, looking out back towards the coast, I was reminded of my home, North Wales. It felt almost like I was flying over the smaller hills below. When I was a child I used to have a re-occurring dream. The dream included me and the blonde girl across the road (who I had a crush on and owned a horse). She would be flying a spitfire and I’d be operating a huge mechanical T-Rex. Together we would soar and stomp across North Wales. The view from half way up la Rhune brought the memory of that dream back. Then I remembered I was alone, in pain, I stank and flies kept on landing my nose.

Hobbling down the other side of la Rhune my feet rejoiced to be free of those comfy boots for the day and into these rubbery blister inflicting sandals. But there was to be no footwear swapping, that guy back there had said so. I trusted him.

I walked into the green lush valley which must have been alight with lightening the night before. Most hikers try to get their walking done during the morning because the thunder comes in the afternoon. This should be a good first night in the tent. What a magical place. On the way to my campsite I got distracted in the old mountain town of Sare. Today’s walk was only 5 hours, a welcome relief. I’m sat outside a restaurant, drinking bob’s beer and eating sausages in the usual delicious red basque sauce. It’s made from espellete peppers apparently unique to the French basque region don’t ya know!

I’m still yet to find my campsite. Mainly because I’m still sat down drinking. The weather has flittered between sunny and heavy rain several times. No one has batted an eyelid about it. Sometimes the children whilst playing, grab big leaves off the trees to use them as umbrellas then drink the water from them afterwards. The mountains are a craggy shadow all around us. 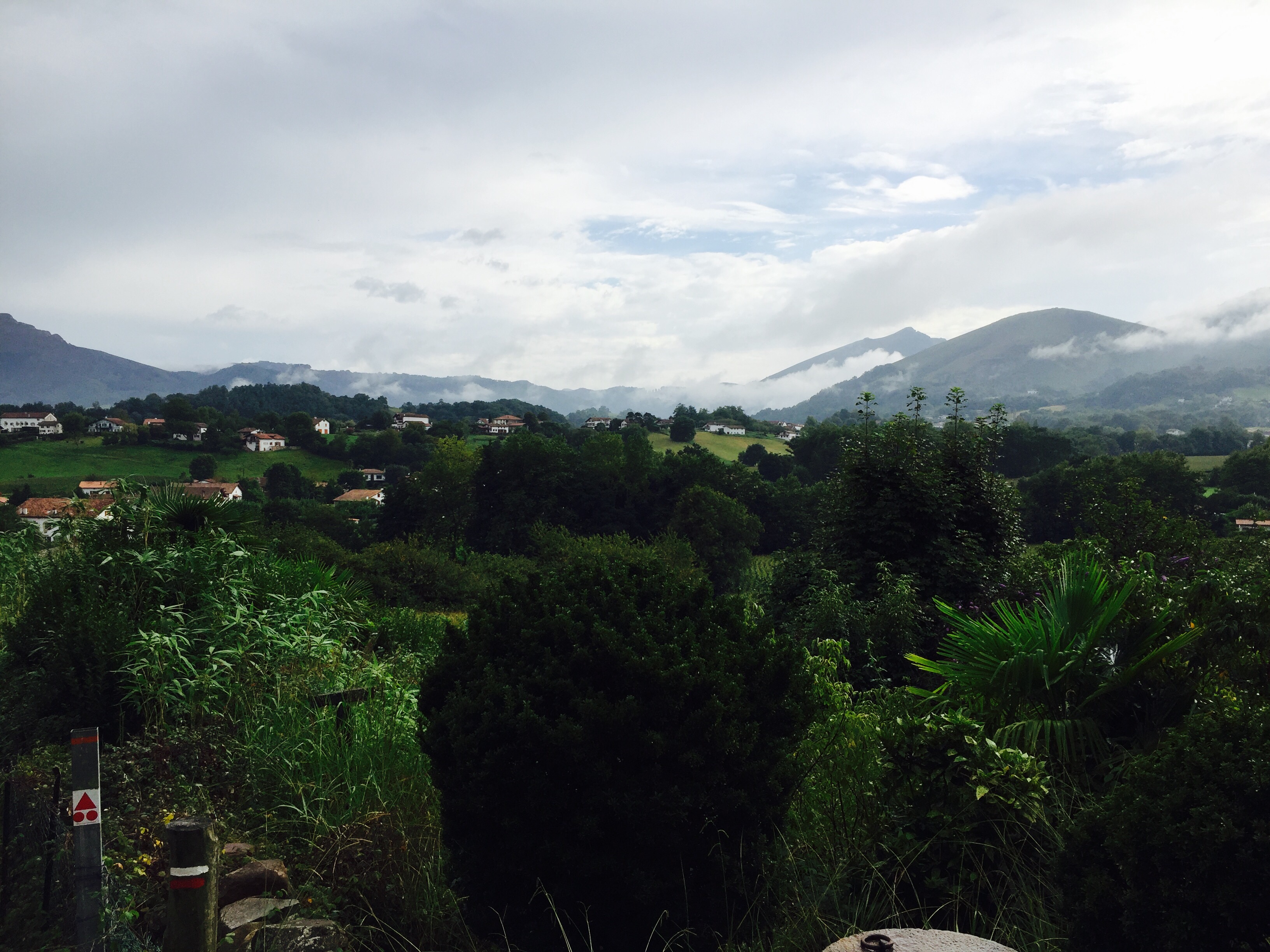 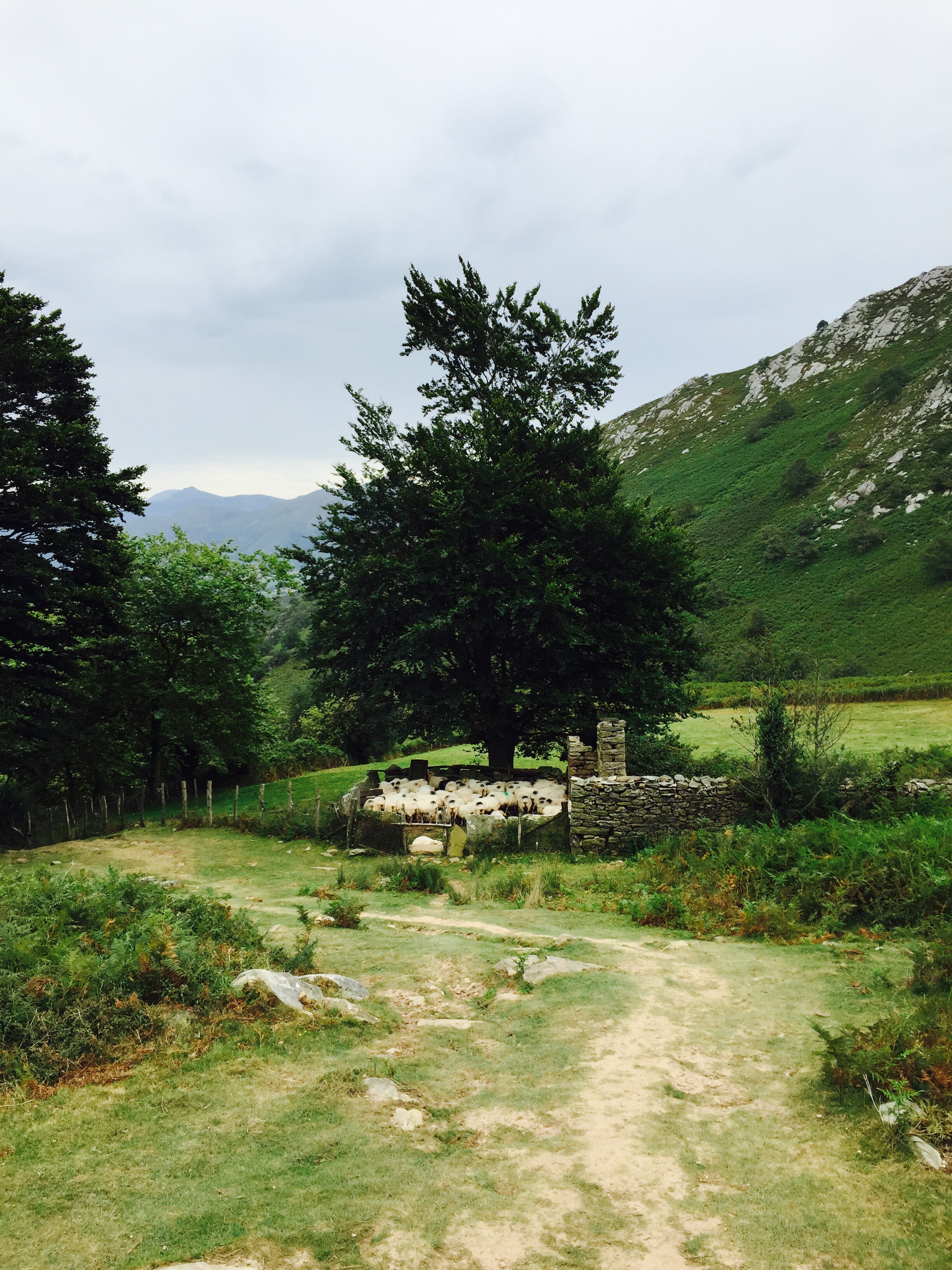 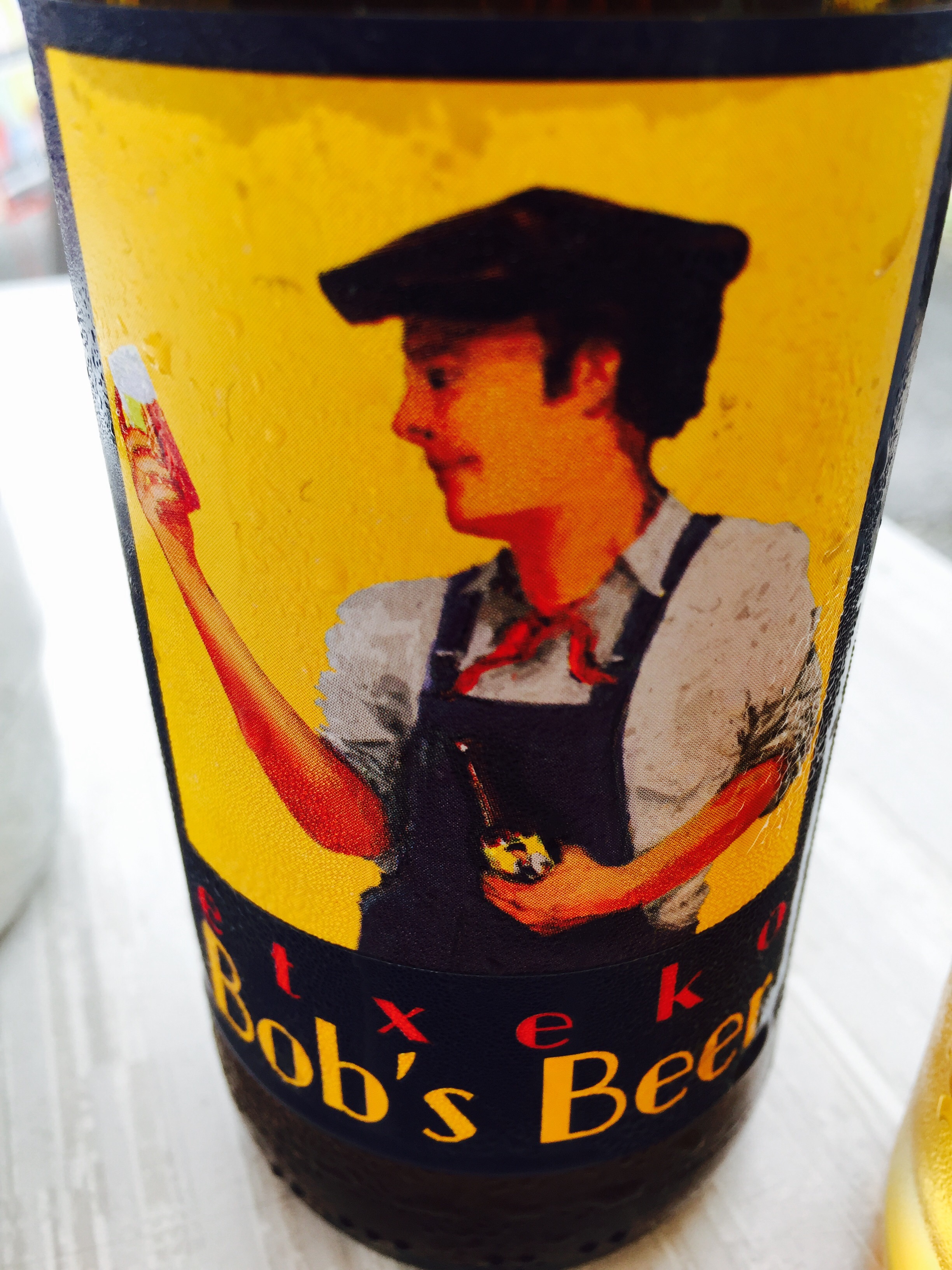