On my last day in London I lugged a very heavy incongruous ruck sack onto my back, down to the hot muggy tube and into work. Arriving sweaty and out of breath the day began and ended with meetings. My eyes may have been looking at all the business graphs, numbers and all too important arrows flickering apologetically into focus. But all I have really been able to see and think about is endless thick forests and still lakes. Out there, waiting for me in Wales. During one awkward meeting I closed my eyes to the grey views, striped shirts, pasty coloured shoes and found myself by an iridescent lake. Between shimmers, the lake whispered to me through slurring shadows. I wasn’t quite sure I could make out what it was saying… What was that lake? I didn’t quite hear… Sorry could you speak up a bit?…”DID YOU EVEN PACK YOUR F**KING BOOTS!?!” Shouted the irritated lake. Terrified I rummaged through my bag and there they were. Phew!

I’m now writing from Nefyn on the Llyn Peninsula the most north western extremity of Wales. Unsurprisingly it’s been quiet and beautiful. After London this peace and quiet is almost unnerving. Already I’ve walked along a sheltered golden beach. Transfixed by the looming leviathan shapes on the horizon, partially hidden by waves of rain and cloud. I’m gonna have to walk over those things in two days. 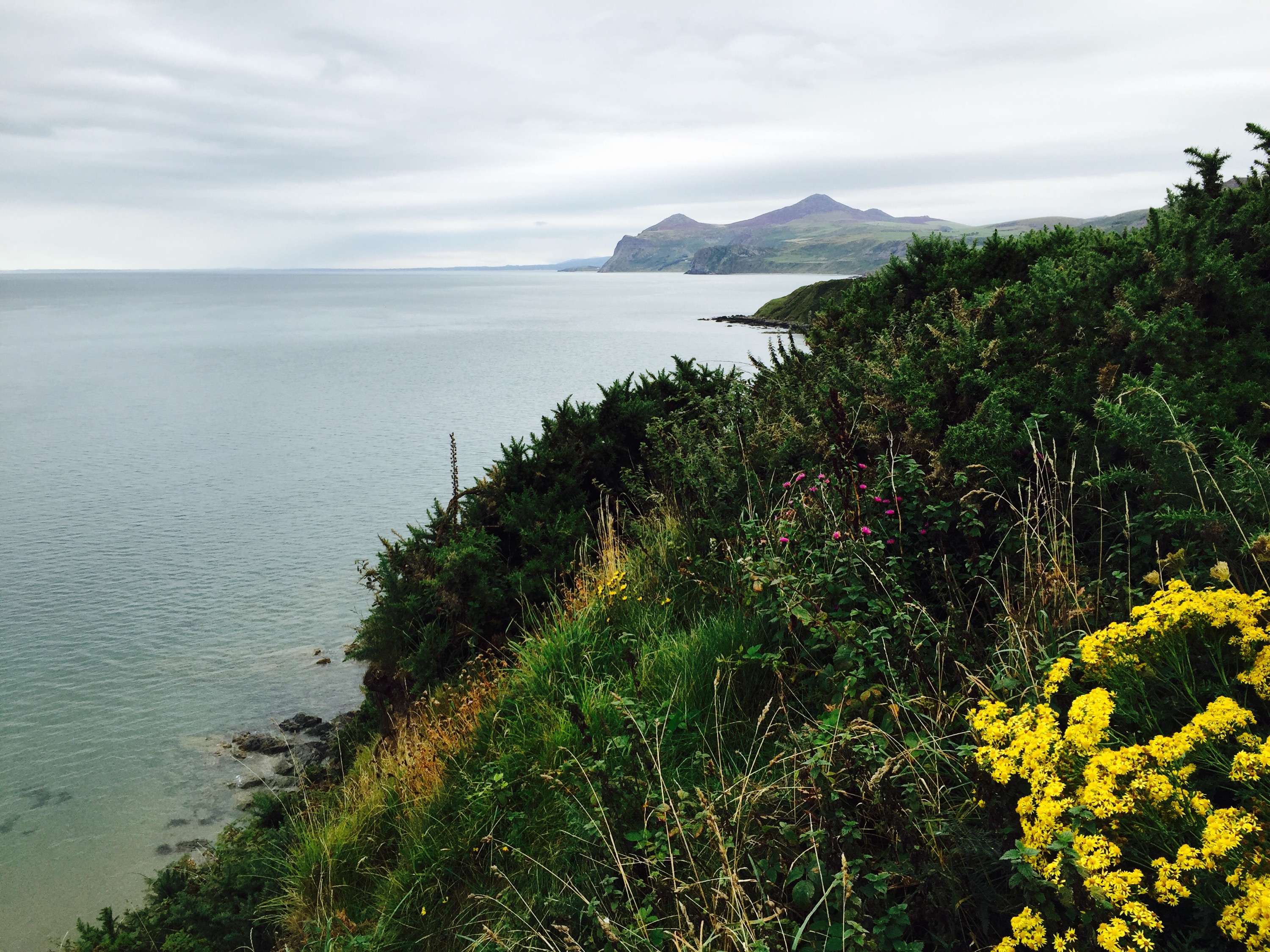 Whilst moodily walking along a deserted beach it occurred to me that this walk will be almost exactly like the hit 2000 adventure/drama film – ‘Castaway’. In fact as far as I can surmise, the differences between that whole film and this walk amount to five points:

1. I’ll be in the mountains of Wales not on Chucks (Tom Hanks) remote deserted island

2. As a result this walk will include loads more people than the film

3. Its fairly unlikely any of them will be called Wilson

4. Chuck had 1 flare, I’ll have a phone and Facebook

Those aside it’s going to be pretty much exactly the same as the film. Just like Chuck, my adventure starts on a beach after a long, rather interrupted journey. I mean it took three trains and two car journeys to get from London to Nefyn. Sheesh, talk about remote!

I’ve honestly not looked forward to anything this year as much as I have for this walk.

My Dad will be joining me briefly for the first two days along the Llyn Pensinsula. We’ve travelled together through Snowdonia by car train and taxi to get here. Eaten a rain drenched lunch in the centre of Pwllheli. Which as far as I could tell is a town that’s been built around a round about. We screeched into Nefyn and fell out of the taxi to the sound of ‘speedy Gonzalez’. Have you ever heard that song? It’s pretty special. A grey and wet but beautiful day all the same.

After checking into our impressive b&b, Ann the owner asked where we were walking to the next day. We told her. This solicited the usual response to my badly planned ideas “that’s a hell of a walk are you sure about that!?” She said. We estimate it at around 17 miles, probably not going to be easy.

Anyway there’s a pub here called the ‘Ty Coch Inn’ on a thin strand of land jutting out into a calm sea. The land used to be a tribal strong house but is now a golf course.  It is an amazing poop deck of a pub but it doesn’t serve dinner. So we trudged inland over hills and eventually through a whole field full of stupid Bulls. I hate those stupid muscly dumb animals, I hid behind dad realising the error in my new raincoat purchase… It’s red.

We dined out on the biggest steak of our lives. HAHAHA who’s scared now Bulls! Our new pub had cleverly disguised the urinals as a pebbledash house.

As we walked back to the Ty Goch our beach pub, dad phoned mum and reported back. “We walked into a field full of bulls and Jeff sh*t himself” said dad. Through muffled signal I heard mums response… “Oh no he’s only got 8 pairs of pants!”.

Dad put the phone down just as we felt some vibrations. Good lord what in Owains beard could that booming be? Our heads started to nod, as we glanced at a dim mellow sunset and turned down a hill towards the Ty Goch. Dads arms suddenly jutted out and he almost did a full squat. At that moment it became almost immediately obvious what the vibrations were. It was base. The slow deep base of reggae. We stumbled onto a beach of dreadlocks, beards, piercings, camouflage hoodies and flip flops. It was pagan. It was wonderful. The spirit of the Caribbean was alive here in North Wales. Just about holding back the impulse to strip off and jump in the cool sea I bought my dad a beer and we exchanged a look. Although unspoken, we both new…

It was time to reggae. 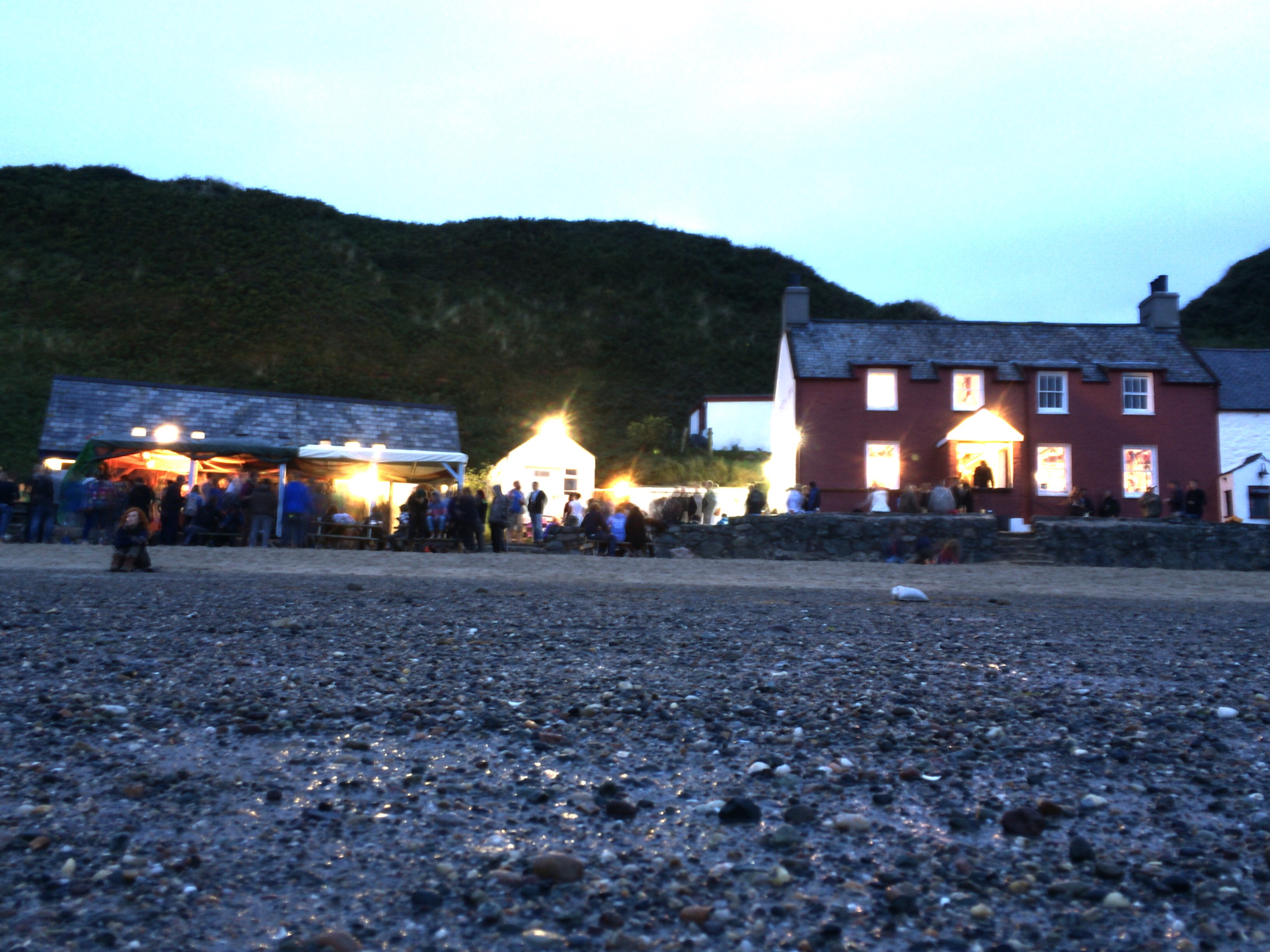 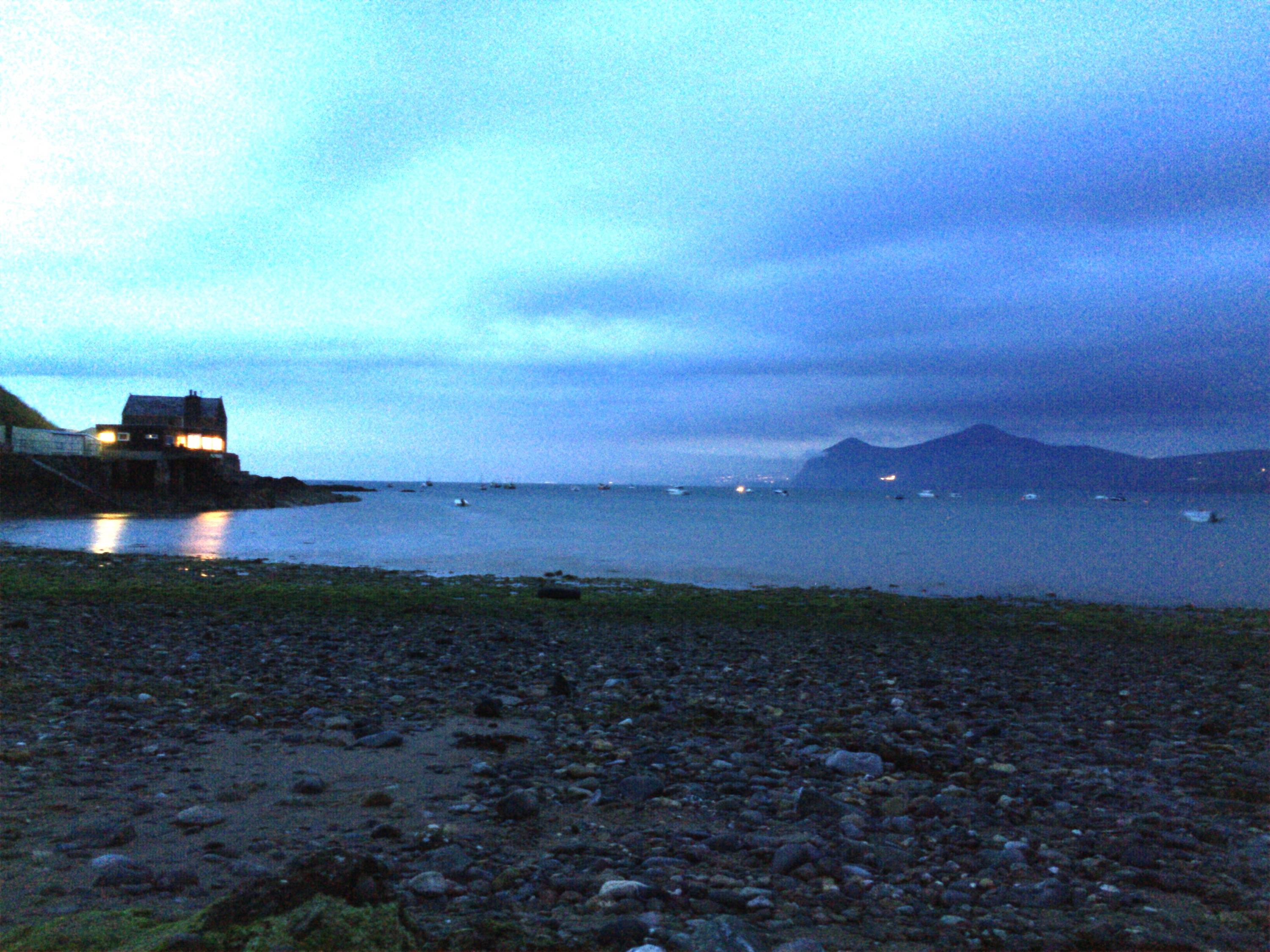 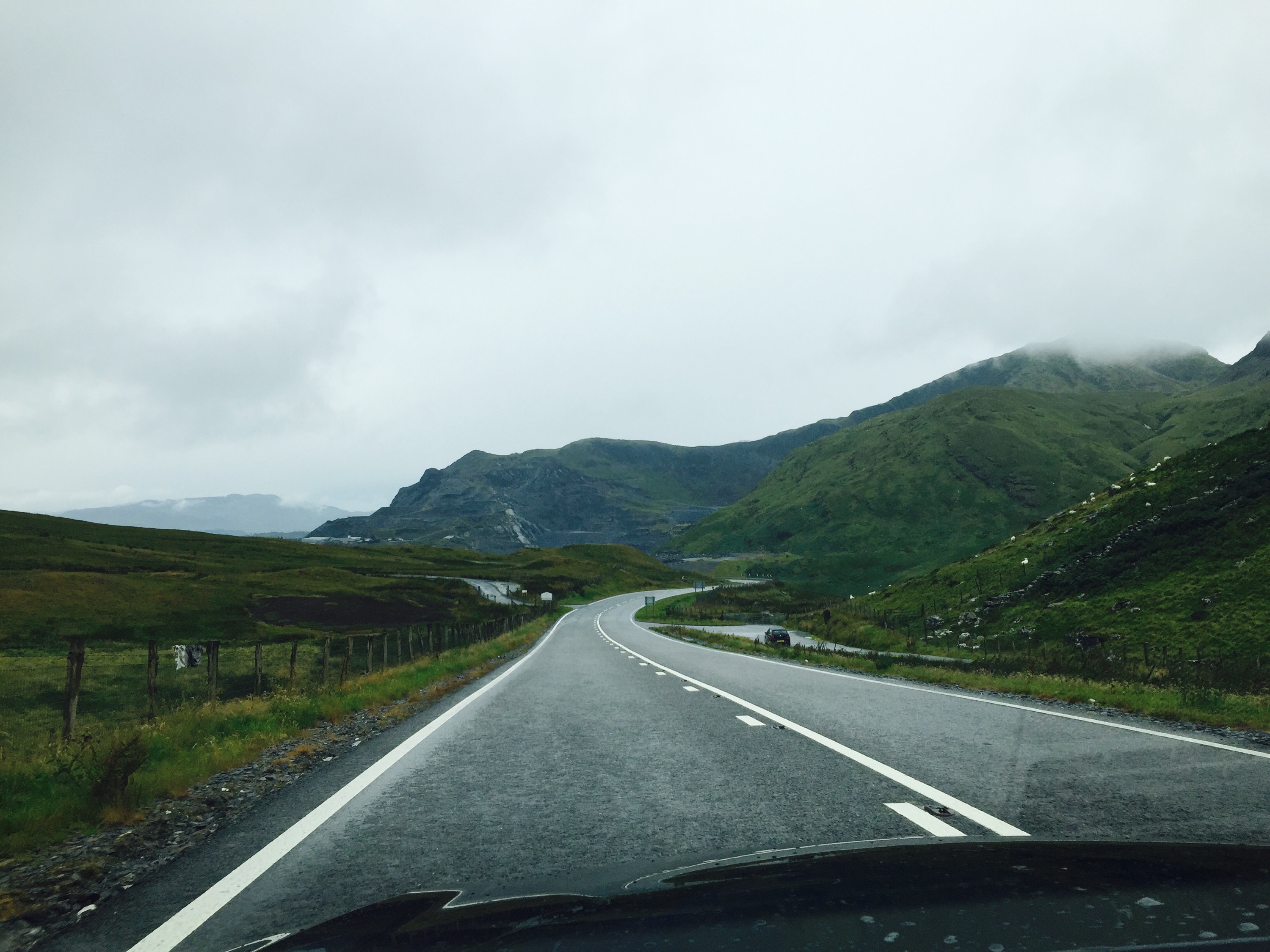 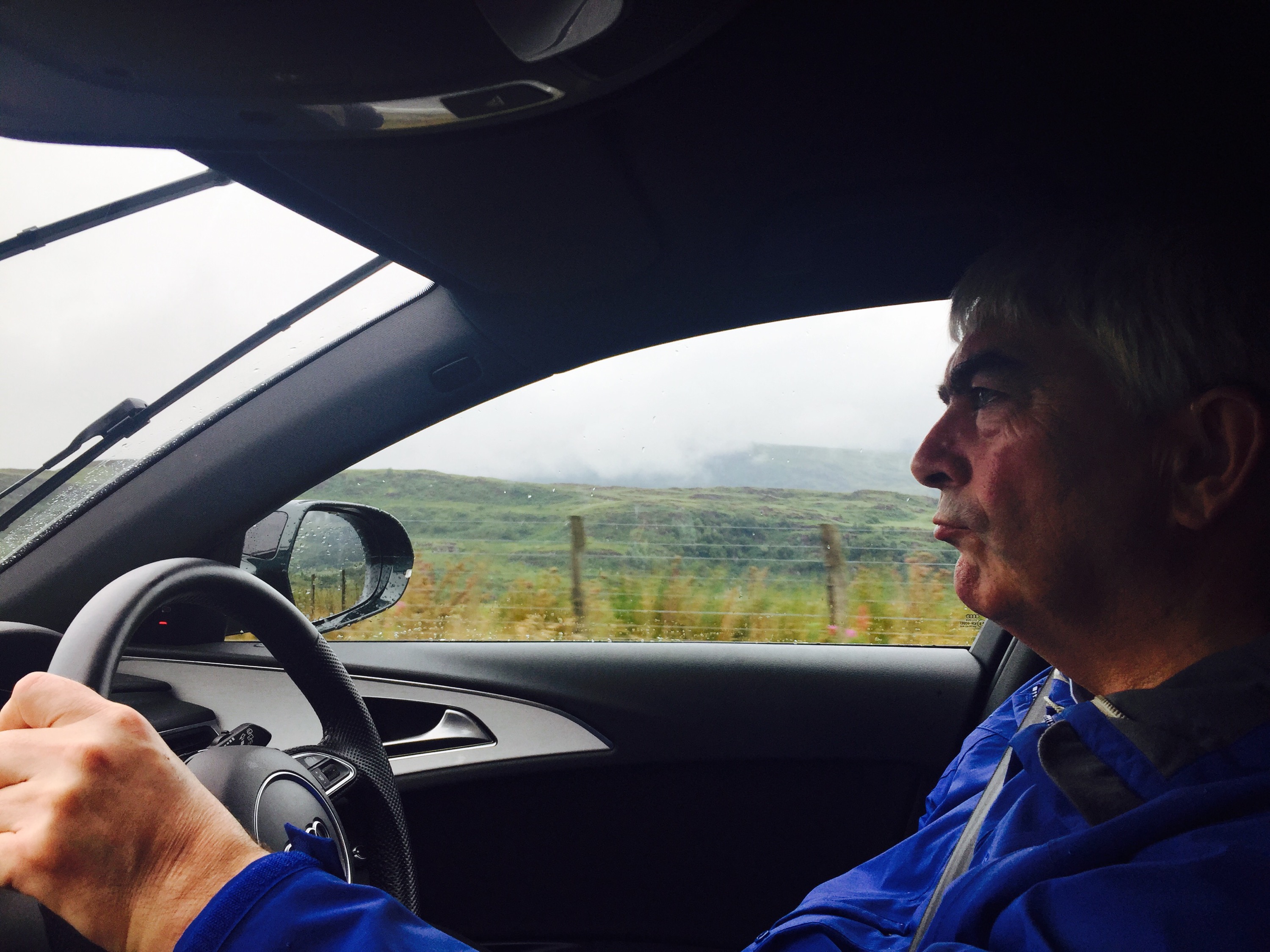 3 thoughts on “Caribbean Castaways (in Wales)”